Due to current circumstances, Pride 2020 required a new comms outlook. In the absence of a physical march; campaigners, brands and local businesses showed their support throughout the month via online campaigns and collaborations. In a time of isolation, it inspired creativity and fresh discussion to show that the UK welcomes every part of the LGBTQ+ community – none more so than SpongeBob SquarePants himself!

On the 14th June Nickelodeon made an announcement regarding SpongeBob’s sexuality and delivered it in an Instagram post and a tweet, stoking fresh discussion about the widely adored character. The posts were followed by a large amount of news coverage, comments, likes and shares. The SpongeBob audience has a wide demographic and a campaign like this presumably has broad objectives, however, we wanted to look into its current linear audience only.

Does announcing SpongeBob’s sexuality, outside of the audience’s playground, increase the consumption of that character’s content?

… Google Trends to assess the overall engagement of the announcement 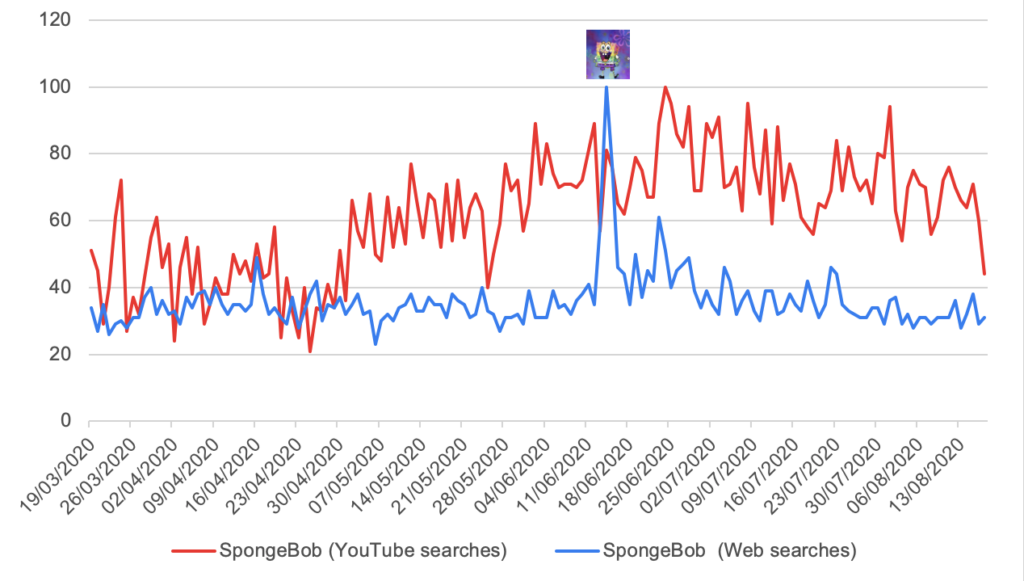 As part of the strategy, an Instagram post was also released to drive engagement and increase shareability of the news, but what impact did this have? https://www.instagram.com/p/CBYHAKRluol/ 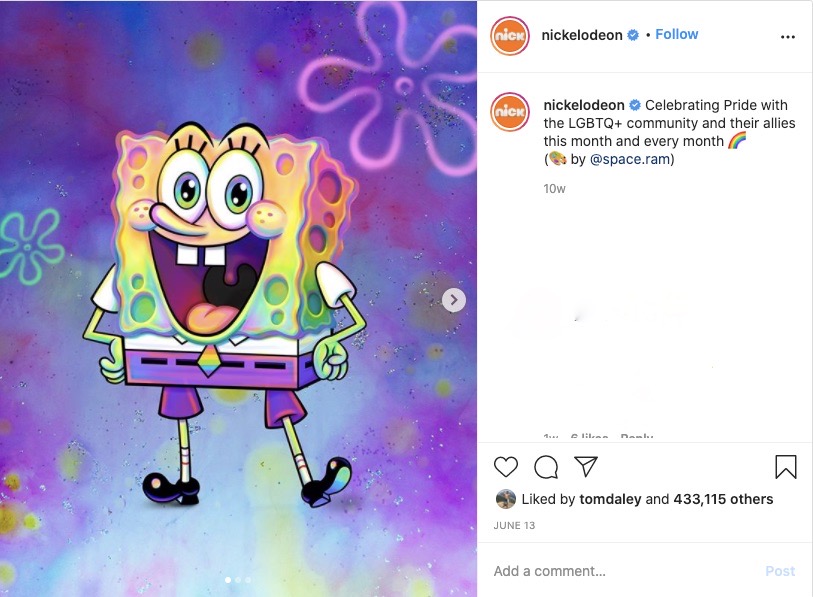 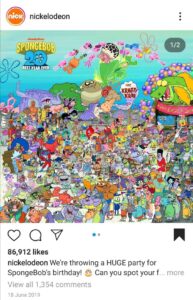 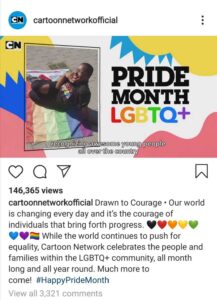 So Viacom delivered an awareness campaign that triggered increased consumption of the character’s social content, but to deliver a strategy that goes beyond a single period of success we need to consider the targeting of the content.

SpongeBob is still a popular series amongst its current linear audience, with 21% of the 1,554 kids aged 6-13 years old we surveyed saying they watch it every week, with a further 20% saying they watched it monthly. According to Parrot Analytics, SpongeBob climbed the TV Demand Chart the week of 24 June due to the announcement of the new film The SpongeBob Movie: Sponge on the Run, which was subsequently delayed to August 2021, and its announcement of SpongeBob’s sexuality in support of Pride month.

We then went on to query whether the current linear audience had heard of the news/announcement surrounding SpongeBob, 40% saying they had heard the news. 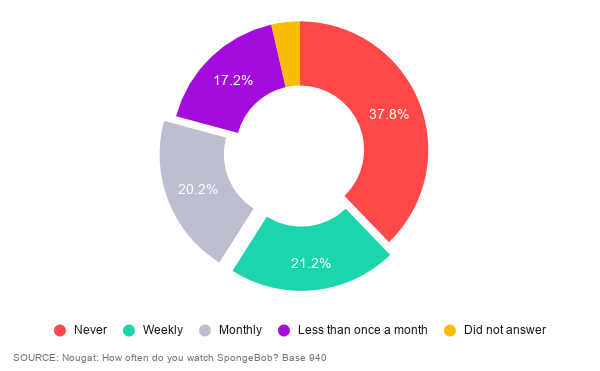 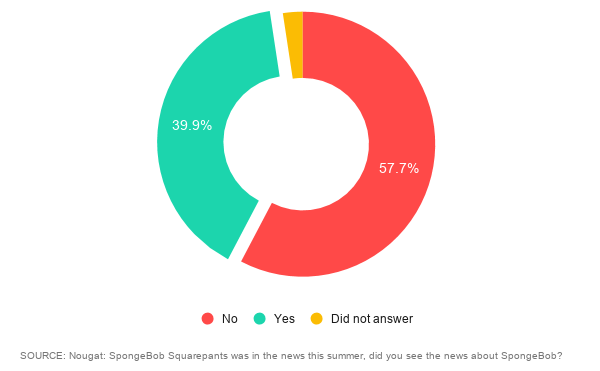 Kids that were higher consumers of SpongeBob were more likely to be exposed to the campaign. 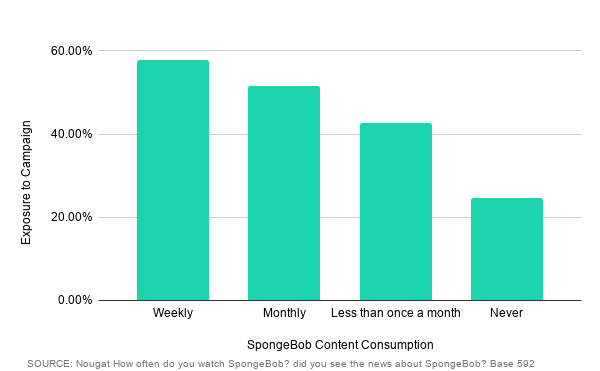 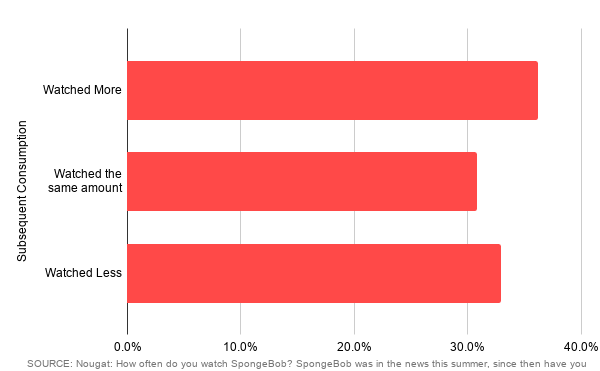 Furthermore, when we asked kids where they learnt about the news, of those who were exposed to the news, 45% said they had seen it on YouTube. 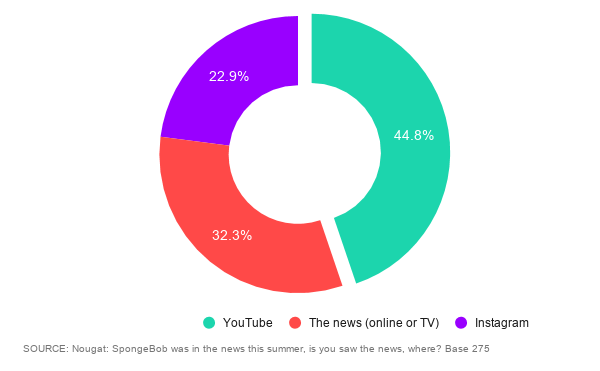 We need to understand where the audience is.

Our research shows that the announcement reached its wider audience successfully and increased content viewing in its core linear audience (kids aged 6-13 years).

YouTube was the most effective social platform amongst current viewers. And would be an effective platform for future placement of content. Young consumers have become informational hunters and gatherers, taking pleasure in tracking down character backgrounds and plot points, Jenkins (2006). Knowing that the core linear audience is more YouTube focused, suggests that the announcement could be supported with long-form, educational and visually easy to consume content.

The Legend of Korra, which also featured on the announcement, has been an influential kids show since the beginning by breaking racial, sexual, and political ground. Given that SpongeBob’s announcement did not detract from viewing behaviour, there is an opportunity for continuing content that educates and empowers the target audience, to build on the impact that this one campaign has had.

The Legend of Korra: https://www.vanityfair.com/hollywood/2014/12/korra-series-finale-recap-gay-asami

Rebecca Stringer: Rebecca is the Research Director at KidsKnowBest, leading research in the key behaviours that impact kids’ development and helping brands develop global strategies to engage family audiences. Since joining KidsKnowBest Rebecca has worked with brands such as Cartoon Network, eOne, Hasbro and Viacom.

We use cookies to ensure that we give you the best experience on our website. If you continue to use this site we will assume that you are happy with it.Ok